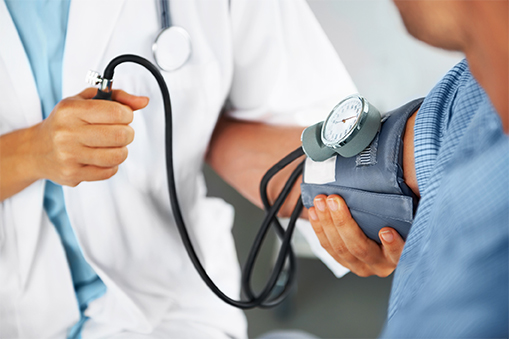 Hypertension is a serious problem among the American adult population. It affects approximately one out of three people over 20 years of age and was found to have contributed to the deaths of about 1,000 Americans a day in 2013 and 2014.

You might suffer from hypertension if your blood pressure checks are 140 over 90 or more over a considerable period of time. You could also be having it if over a number of tests one of the stats gives a reading higher than normal.

Why is hypertension a serious problem?

High blood pressure is known to cause narrowing of blood vessels. When the kidneys are affected, you’re likely to develop kidney disease as the organs fail to efficiently eliminate toxins from the body. The functioning of the heart and the brain is impaired when enough blood doesn’t reach the vital organs, which in the worst case scenario could result in a heart attack or stroke. Rarer outcomes include visual impairment or even loss of sight as tiny blood vessels in the eyes burst due to too much pressure on their walls.

Doctors reckon hypertension becomes a serious problem when it goes undiagnosed and untreated for too long. In its infant stages, plenty of exercise and healthy eating are enough to keep blood pressure at safe and manageable levels.

What are the symptoms of hypertension?

High blood pressure is one of the few conditions that barely have any signs or symptoms, which is why it is referred to as a silent killer. Most people don’t know they have it until spinoff conditions such as kidney disease start showing symptoms prompting a checkup.

While the specific causes of hypertension are not known, there are proven factors that may increase your chances of developing the condition. Some of those factors include:

Save for genetics and family history of high blood pressure, most of these factors are clearly avoidable, which is why it is considered a lifestyle disease. A change in lifestyle will help keep the condition at bay.

Dr. David Zarian does not diagnose a patient based on just a single set of readings. There are quite a number of factors that may temporarily raise the readings. For instance, seeing a new doctor may make a patient panicky and raise their blood pressure in the short run.

The readings could also be higher than normal if the patient came rushing into the doctor’s office and doesn’t get enough time to relax before the test. Some of the steps taken to ensure the readings taken represent the true blood pressure of the patient include:

Additional tips to ensure you get accurate results include wearing short sleeves and having blood measured on both arms.